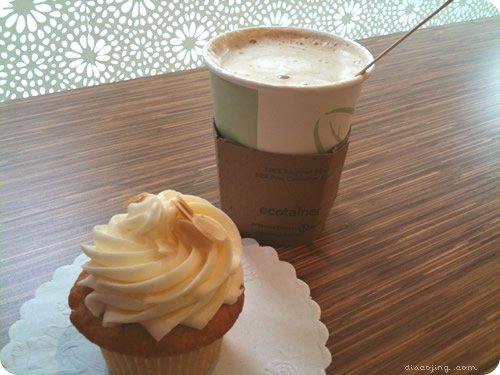 I also tried their latte and it was alright. The coffee tasted a bit burnt and on it’s own, the latte was flavorless and needed some sugar. Fortunately, I had plenty of sugar to go with it in the cupcake that I purchased.