These past weeks and months have been filled with a lot of holiday prep, baking, and cooking. We usually spend Thanksgiving at my Grandparent’s house, but since they were out of the country we had to host ourselves. It has been such a long time since my family had to plan, cook, or execute a Thanksgiving meal that we didn’t really know where to start. My mom wanted to make a traditional turkey with traditional sides, but I wanted to take this opportunity to try something new. We decided on two smaller turkeys and we had a few sides.

This was my first time ever cooking a whole animal, let alone a turkey! I decided to use Bon-Apetit’s Cider-Brined Turkey with Star Anise recipe and purchased a locally raised, heritage breed turkey to go up against my mom’s Butterball to see if there really was any flavor difference.

To go along with the cider turkey, I opted for an alternative stuffing. Food & Wine’s Sticky Rice Dressing was complex, earthy, and delicious, and though a bit time-intesive, was pretty straight forward. I also made a side of curried quinoa with balsamic roasted brussel sprouts and my Grandmother’s pumpkin chiffon pie. I haven’t been able to perfectly re-create the pie using my Grandmother’s recipe, so I’ll hold off on posting it here until I can refine it further.

For Christmas, we went to our Grandparents’ and had a sort of second Thanksgiving/Christmas mash-up.

With my boyfriend, I made four different types of cookies to dish out to friends and family. Of course, we made the traditional milk chocolate espresso cookies (with Valrhona cocoa, one of my Christmas presents!) and linzer cookies filled with blackberry preserves and lingonberry preserves, plus two other types. It’s tradition for my boyfriend and I to look over the Washington Post’s Christmas Cookie Feature and this year we chose Cardamom-Brown Sugar Snickerdoodles and Salted Nutella Thumbprints. The Snickerdoodles (half recipe) were *awesome* and, to me, were a chai-inspired spin on the traditional. The thumbprints were very similar to the espresso cookies, so I wouldn’t make them again (just put nutella on the originals!).

This year I also made truffles with my friend Stephanie and also tried my hand at homemade vanilla extract. Last year we made many different types of truffles (base recipe to come in a separate post), so this year we simplified and made only two types of truffles and peppermint bark. Stephanie’s truffle was: Horchata – Milk chocolate ganache with egg nog, rice protein, dipped in white chocolate and drizzled with dark chocolate, sprinkled with nutmeg. Mine was: Christmas Cookie Truffle – Speculoos Cookie Butter Semi-Sweet ganache, dipped in dark chocolate, sprinkled with ginger crackers.

My family always celebrates Chinese New Year on New Years Day and this year was no different. We find it easier to have visiting relatives extend their Christmas stay by a few days and gather again for New Year, and members of the family in school always have the time off and are available. Chinese New Year changes every year, from January to February (this year was 1/23), so it’s easier for everyone this way. For the new years, we had two delicious roasted long island ducks, char siu chow fun noodles, potato stuffing with duck liver and many other delicious things. Unfortunately, I was so excited about the food that I neglected to take any pictures! My Grandmother’s cooking is so good, can you blame me? Since my family is from Hawai’i, we also ended the night with a delicious slice of Guava Chiffon Pie, using guava concentrate from the islands.

Lastly, on Martin Luther King Day I took the extra time off for the holiday to try out my mini-donut pan that I received as a gift for Christmas. I used a gingerbread cake recipe from Everyday Food January 2012 which subs pumpkin puree for most of the fat to make them healthier. Since I was baking them in a mini-pan, I followed the cooking directions on the back of the pan’s packaging and greased the pan, then baked them for 9 minutes, letting them cool a bit. These donuts were cute and tasted delicious, though they didn’t look as pretty after transport to the office. Also, the pan only holds 12 donuts, so I had to make *many* batches.

Do you make any special foods for the holidays?

Combine all quinoa ingredients (last 7) in a rice cooker on quick setting, open, stir, allow steam to dissapate. If you don’t have a rice cooker, simmer all ingredients in a covered saucepan for 20 minutes.

For the brussel sprouts, preheat the oven to 400 degrees F. Cut off the ends of the brussels sprouts and then cut them into quarters. Place sprouts in a medium bowl and toss with olive oil and balsamic vinegar. Season with salt and pepper. Pour sprouts on a baking sheet and roast 30-35 minutes or until sprouts are tender. Make sure you stir them a couple of times while they are roasting so that they don’t burn. 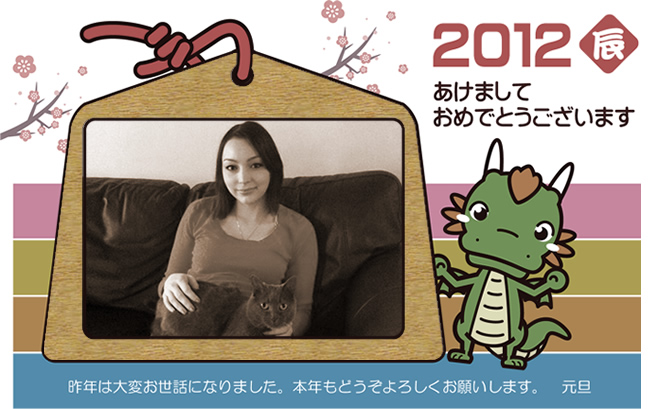 Happy 2012! As you may have noticed, I’ve made a New Year’s resolution! Or maybe you haven’t noticed because I haven’t been posting as frequently as I should have.

Well, my resolution for this year was to be less lazy/more motivated, and that includes updating my blog more often! I hadn’t changed the layout for a few years, sometimes just changing the header. Not only was it hard to find the time to update my site, but I was also lacking inspiration! Web Design used to be a hobby, but now it’s my profession. As such, sometimes I feel that all my creative juices get sucked out 9-5 and when I get home the *last* thing I want to do is design something or type on the computer.

For Christmas my Grandma gave me a cookbook I have been lusting after since it was first published: Baked Explorations: Classic American Desserts Reinvented

. Not only did I get inspired by the stunning photos and typography, but I was also aligned with the book’s philosophy. With a new color scheme (including Pantone’s Color of the Year for 2010) and a new outlook, I played with the design for a few days and then spent a day implementing it.

So, here’s to out with the old and in with the new! 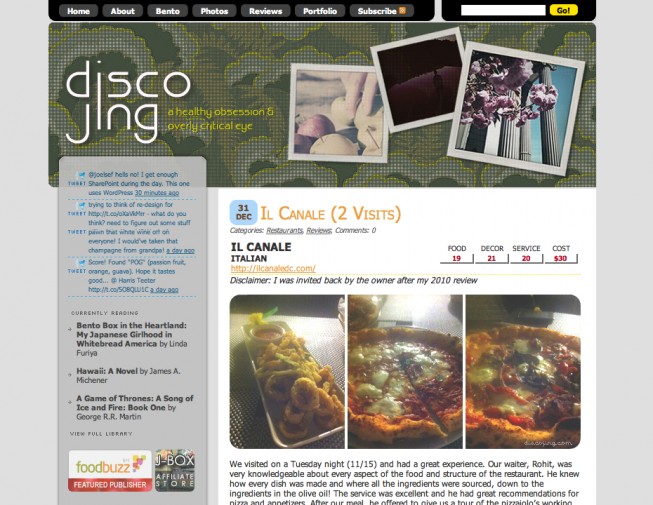 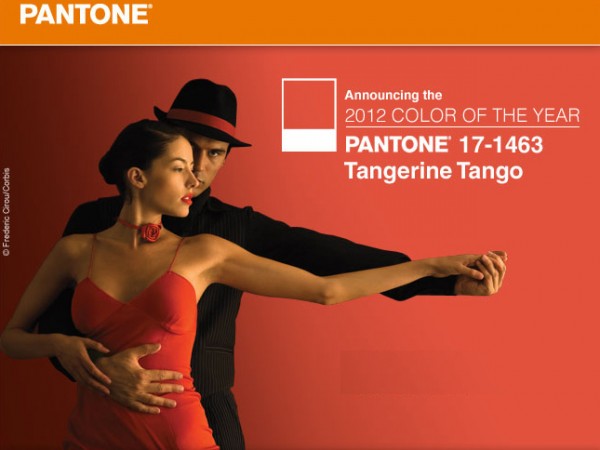 More detailed specifics on the new layout will be found soon under the About section. Please feel free to share your thoughts, or let me know if something is broken or doesn’t look right!