March 21st, 2009
Seems that the cupcake craze has made its way to Charlottesville. This small bakery is located in the historic downtown district of Charlottesville, and I had to try it. It’s small and quaint, as most everything is in this brick-lined town. The cupcakes reflected the country like atmosphere by only ringing in at $2 each. There weren’t many flavors to choose from in terms of cupcakes, and I was torn between thinking these cupcakes were cute and pretty or whether they looked like someone in middle-school accidentally spilled their body glitter on them.

The store is small, but sparse–not homey. I liked the chalkboard on the wall, but it was in a location where customers would line up and lean against, so the menu would smear. The service here is possibly the worst that I’ve ever encountered at a cupcakery. I asked the person behind the counter which flavor she would recommend since I like exotic and bold flavors, and she recommended something that had very “subtle” flavors. Then I proceeded to say that I don’t like “subtle” flavors and like bold, exotic flavors, and since I don’t live around here, that I would like to make sure I get the best one possible. At this point, she snapped at me and said “Well, I can’t help you then!”, and shouted “Who’s *ready*?!” to the people behind me (which were with me). This totally ruined the experience for me and I went off with my bruised ego, dwelling how she had treated me all day.

The flavors I got were Chocolate with Raspberry Cream, Brown Sugar with crystallized amber, and Lemon cake with lemon frosting. Others got the “Snoball” cupcakes, which were chocolate cupcakes with coconut on top.

These cupcakes were edible, but the frosting was too sweet and the cake too dry. The frosting was so sweet, I could taste each grain of sugar in the frosting, as if it hadn’t even been blended well. Even if I lived in Charlottesville (still), I wouldn’t go back here. I would rather go for a crepe or brownie somewhere else. 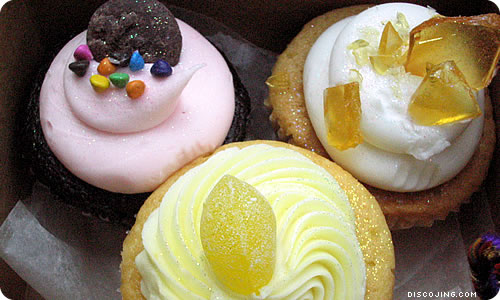 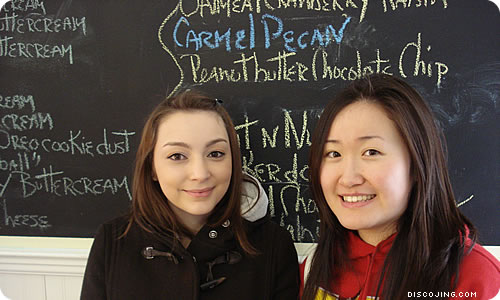