The recent visit to this new cupcakerie in Tysons Corner was also spurred by the Washington Post CC Wars, though it had been on my list for a while.

For some reason, the mosaic facade with back-lit words seemed to me that it didn’t belong next to the Asian bistro or soup place, but rather across the street in Tysons Galleria. The staff was nice enough, but didn’t seem knowledgeable or eager to answer questions. (in fact, I had to ask mine two or three times). Outside of the pretty mosaic sign, the place is bland and white and in a food court, so no official seating. Against complaints that the frosting wasn’t generous or the cake too dry, I was satisfied with my choices here (Plus added convenience of being in a mall that I frequent often).

I had a Pumpkin and Cream Cheese…something and a Coffee on Chocolate Cupcake. The cupcakes are not pretty at all (assembled haphazardly with a smear and sprinkle of toppings) and are placed in a box (with no inserts so they slide all around) and then taped closed with scotch tape. Unlike the other cupcake places, these were cold (out of the refrigerated case, we were supposed to let them reach room temp) and we soon found out why.

But first, the cream cheese frosting reminded me of carrot cake icing, but thicker, and had one-dollop too many (my rule of thumb is to not have more icing than cake, which was what was happening with the tart-shaped cupcake/bread concoction on the bottom). Overall (after whiping off some frosting) it was good and yummy and hit the spot.

After dinner, the coffee/choco combo was revisited and had to go in the fridge because the icing was all yucky and separated. Seriously… gross. I’ve left Georgetown Cupcake out for two days (the frosting just gets a sort-of ‘crust’ on it) and Hello Cupcake as well (perfect-ness) and none of this happened. After it was in the fridge for a few hours, the icing still wasn’t back to normal, and we didn’t wait for it to thaw, but it still tasted pretty good! The coffee and chocolate flavors were so pronounced and it actually tasted good cold! I didn’t see what the people were saying with it being ‘too dry’ (maybe because it was cold or we came at a time of the day where they were just made) and there was just the right amount or maybe a little too much frosting (I’m not a frosting gal), but it was all a yummy experience. In fact, the cake part itself wasn’t fluffy, but rather compact, and maybe tasted not as dry because it was cold…

I don’t think I’ll ever crave Cake Love like I crave hello cupcake and Georgetown Cupcake though, especially since Cake Love is right next to the Cinnabon so I need to generally stay away from that area. Flavors weren’t all that good either.

Slightly dim and dingy, they had donuts-in-the-grocery-store trays too, and all gluten-free flavors were shoved on the same tray together. Some other flavors they had: New German Chocolate (not the coconut-y, caramel, sweet, chewy, chocolatey thing that I know, just a dry, flaky looking choco cupcake with huge chunks of unsightly and un-identifiable toasted coconut), Almond (chopped almonds on vanilla icing on chocolate cake), Chocolate on Coffee, Peanut Butter, and various tarts. (sorry, my memory isn’t that good). 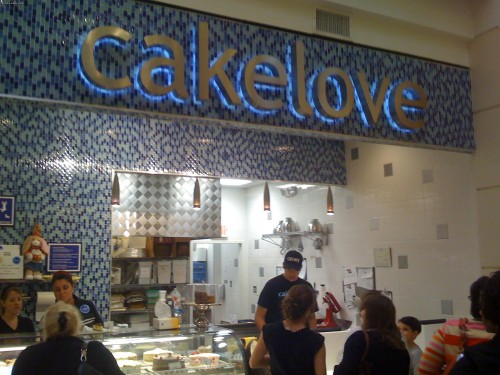 About: This bakery’s story is well publicized: Warren Brown quit his law career in 2000 to sell cakes full time and opened his first bakery on U Street in 2002. Six years later, he has a Food Network show, seven shops and his first cookbook, “CakeLove: How to Bake Cakes From Scratch” (Stewart, Tabori & Chang, 2008). LoveCafe, 1501 U St. NW, 202-265-9800, and six other locations; » More About CakeLove

The Range: At LoveCafe, the build-your-own cupcake bar lets you pair a basic vanilla or chocolate cake base with a multitude of buttercream options. On the day we visited, 16 variations were in the case, with vanilla, chocolate, almond, coconut, peanut butter, strawberry, raspberry and cream cheese frostings.

How do they taste?: Count us among all those who complain that despite Brown’s fame, CakeLove’s cupcakes are too dry. Neither cake nor frosting had enough flavor, and the frosting was generally stingy. (Average score: 2.8 out of 10.)

Best of the Bunch: Chocolate with cream cheese frosting (pictured above). At least with this one, the frosting gets a boost of flavor — and a little tartness — from the cream cheese. (Score: 4.5.) 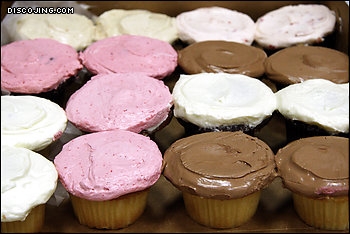 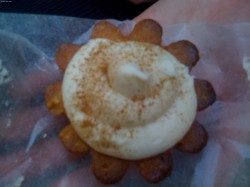 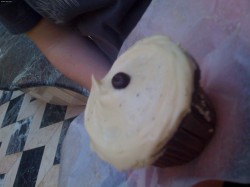 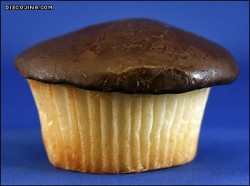 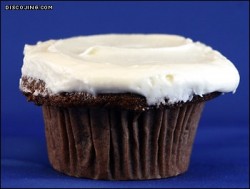 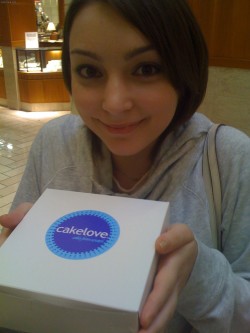 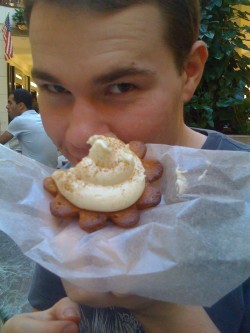