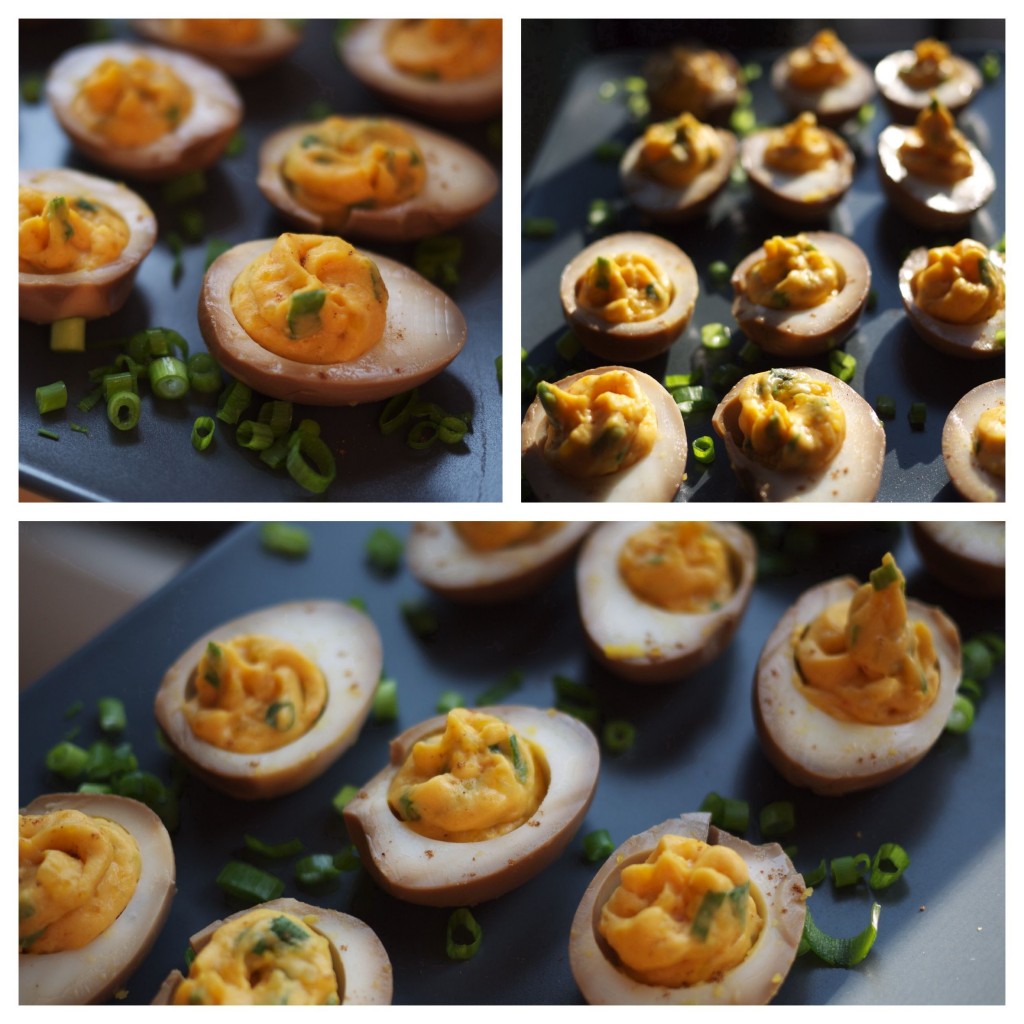 In November 2010’s Food & Wine magazine there was a great article about an Asian-American Thanksgiving that included recipes such as Soy-Sauce-and-Honey-Glazed Turkey, Sweet-and-Spicy Sesame Walnuts, Cranberry, Ginger and Orange Chutney, Red-Miso-Glazed Carrots, Smashed Sweet Potatoes with Five-Spice Marshmallows, and Sticky-Rice Dressing. I really empathized with the article, written by Joanne Chang, a first-generation Asian-American married to a meat-and-potatoes East-Coaster. Right from the beginning, I knew I was going to like this feature.

I must have been around 10 when I realized that my Thanksgivings were not quite like everyone else’s.

Before recycling the magazine, I ripped out every single page related to this feature and tucked them away for safe-keeping. Sure enough, soon after I boiled up a big batch of eggs to make these Sriracha-Wasabi Deviled Eggs. These eggs are a marriage between Chinese Tea Eggs and traditional American picnic fare. I brewed them too long in the marinade so they were extra salty, but otherwise were a nice, rich snack. The only problem? A plate full of deviled eggs and only two people to eat them! Sad to say, I don’t think that deviled eggs keep long in the fridge, especially after plating them. But, I definitely recommend this for an appetizer for a group of people with more adventurous taste buds. 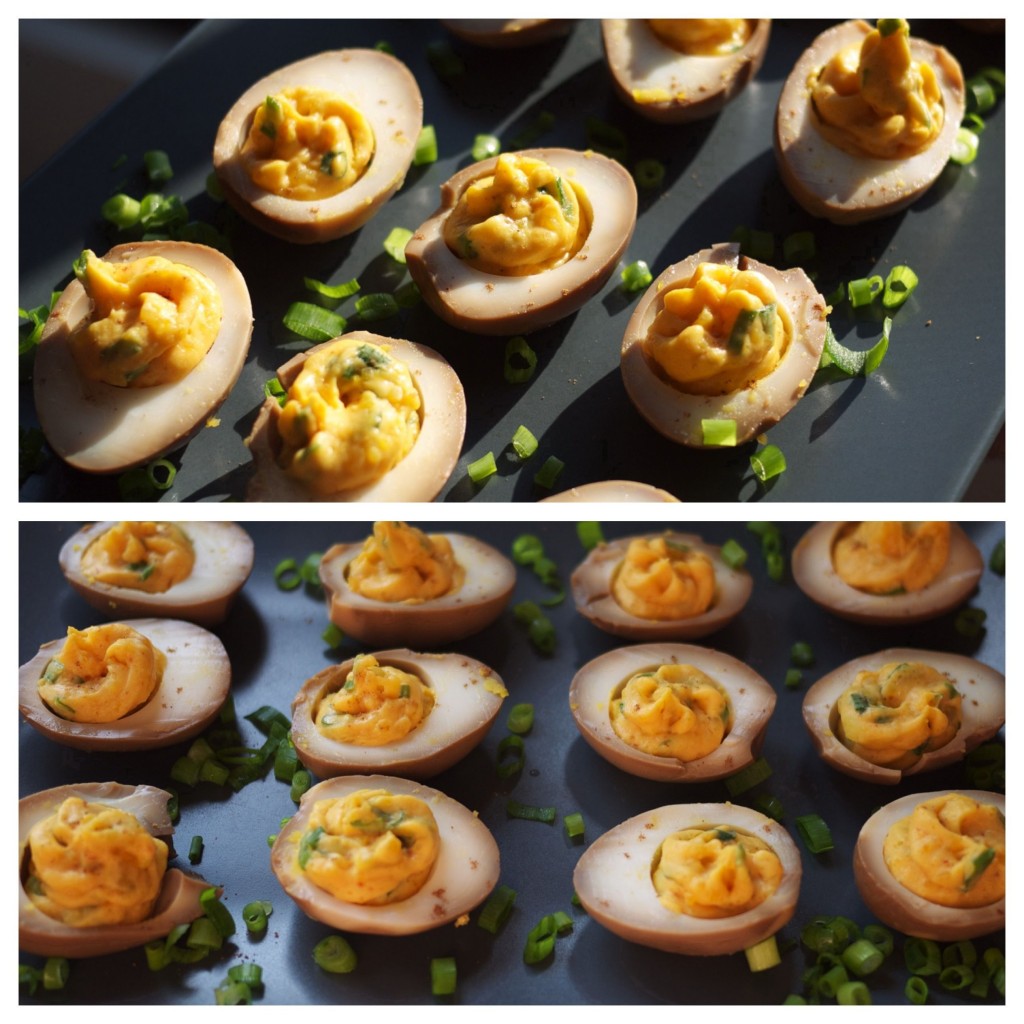 Have you heard of “Magazine Mondays“? It’s an informal round-up of recipes reproduced from magazines, by Cream Puffs in Venice. Just like me, she has a heap of magazines and this non-event event gives incentive to delve into the cooking magazines that seem to pile up and to justify their continued purchase. I always enjoy seeing what magazines people are reading and what they’re making from them. This is my first time participating in Magazine Mondays and I hope to be contributing more in the future!