February 21st, 2009
I was on the prowl for an authentic bowl of ramen soup during the winter time. The town favorite seemed to be Sushi Taro, but Sushi Taro only offered ramen seasonly and they were closed at the time remodeling. Maneki Neko is a little Japanese gem tucked away off the side of a busy street in Falls Church. It is very easy to drive past this restaurant and keep on going, unless you are actively seeking it out.

It’s very hard not to dock points here for my fellow diners. There were very very annoying people seated all around me, even at the sushi bar. What can I say? I hate drunk abnoxious old women and old white men that butcher the Japanese language and try to speak Japanese to the sushi chef when he is clearly pained by the language daggers attacking his ears. But I digress.

The ramen was better than some I’ve had, but still nowhere close to Japan. I think I’ll have to travel to New York at least for that. It was only $5 and it was Duck Ramen, so there was at least that. The broth was a little too salty and too rich for me. I personally liked how the duck soaked up all the liquid so that it was a bit soggy, but some people might not. Age tofu was towards the lower end of the spectrum here, taste and texture wise. The tofu was too soft and the outside coating was too soggy. I think this was because the dish the tofu was served in was so small that it was immersed in the liquid deeper than it usually is. Their site touts that okonomiyaki is their specialty (as I saw them cooking it at Sakura Matsuri after this visit), but it does not list it anywhere on there menu. I wonder if this is an “off the menu” item… Seaweed salad and the sushi went un-noticed on my radar, neither good nor bad. Like I said, the only reason I went here was because I wanted ramen that wasn’t in Maryland. I do think that it’s worth trying out because I give it points for authenticity and the fact that it is quite local and convenient to the Northern Virginia area. (Maybe I just like speaking Japanese and being told that I seem Japanese [日本人らしい]. But thats a personally great way to get in my good graces) 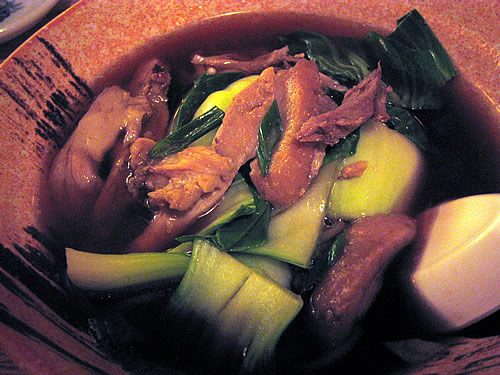 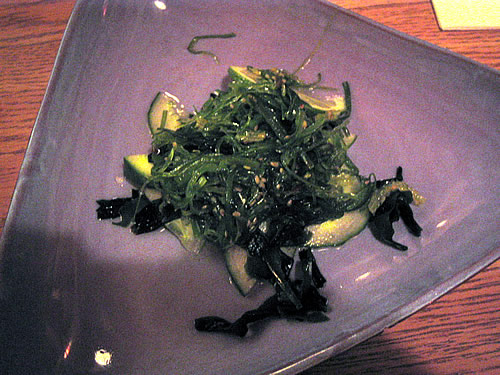 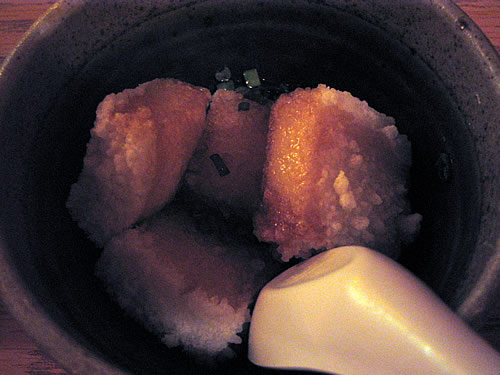 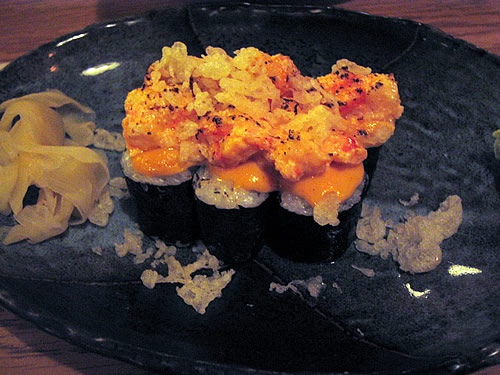