Over Easy, Served with Naan and Home-made Frites 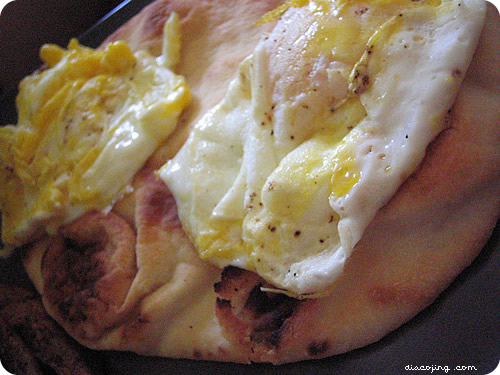 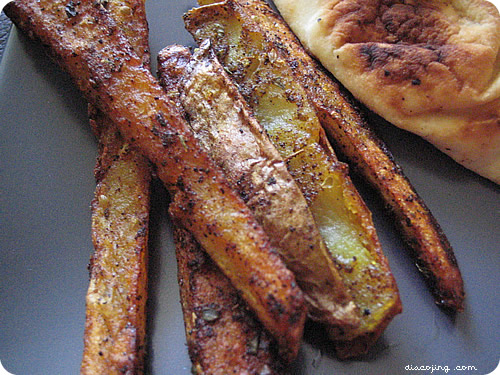 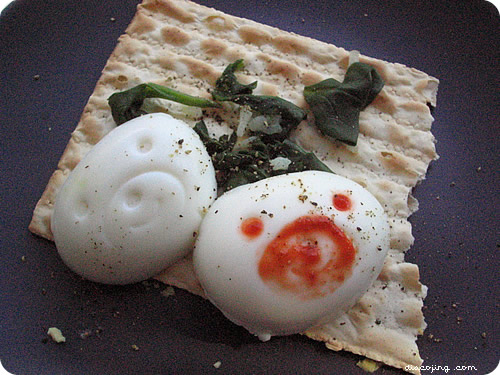 April 24th – I boiled four eggs (along with a cup of rice and 1-1/2 cups water) in my rice cooker. They were cooked perfectly (like they always are)! Three of them were for Dan, so he ate two of them (just the whites) and saved the other. I peeled mine and put it into a plastic boiled egg mold, snapped it shut, and submerged it in cold water for about ten minutes. It turned out surprisingly well, the only problem is that the egg was a little too small so the bear’s ears didn’t get filled!
I placed the spinach in the rice cooker at the end of the cycle to wilt it a little bit and served over some matzo and with some rooster sauce. 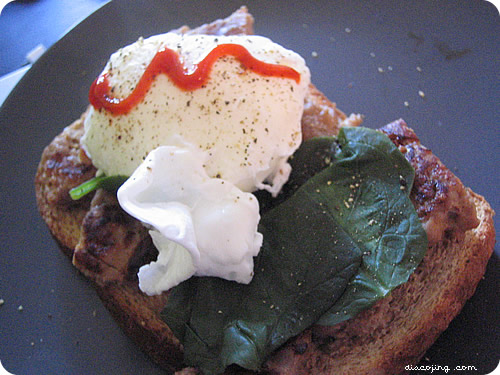 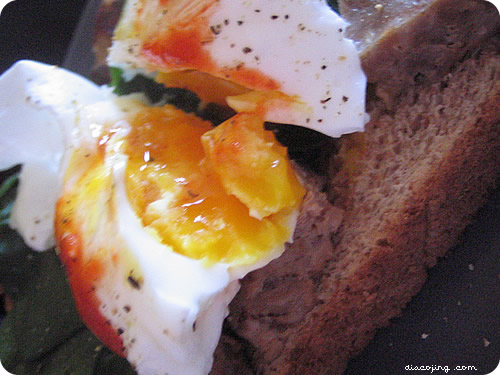 April 23rd – I was really intimidated to make these because I hadn’t made them before. Poached eggs always seemed so fancy, sitting atop little biscuits like a little pouch of liquid floating in the air. But I would argue that these are easier to make than hard boiled eggs (the conventional way)!

So, what do you think? Are you going to try something new with eggs soon? I’m itching to try mini-fritattas (in metal muffin liners), usui tamagoyaki (thin egg omelets), and a complicated egg omelet with real ingredients in it! Let me know how it turns out, especially since eggs are just a little over 10 cents each these days!